Coca-Cola has had a prominent presence in Times Square since 1929. From launching the first neon spectacular, to the first sculptural LED display, they've always pushed innovation in the square. All other billboards in Times Square have gone bigger, brighter and higher definition, this billboard needed to standout amongst the sea of bright lights and screens. Movement was the key. Due to it's never-been-done nature, bringing the billboard to life wasn't an easy task. After 5 years of planning, research, development, content creation, prototyping and hard work, the first 3D Robotic Billboard made it's debut. 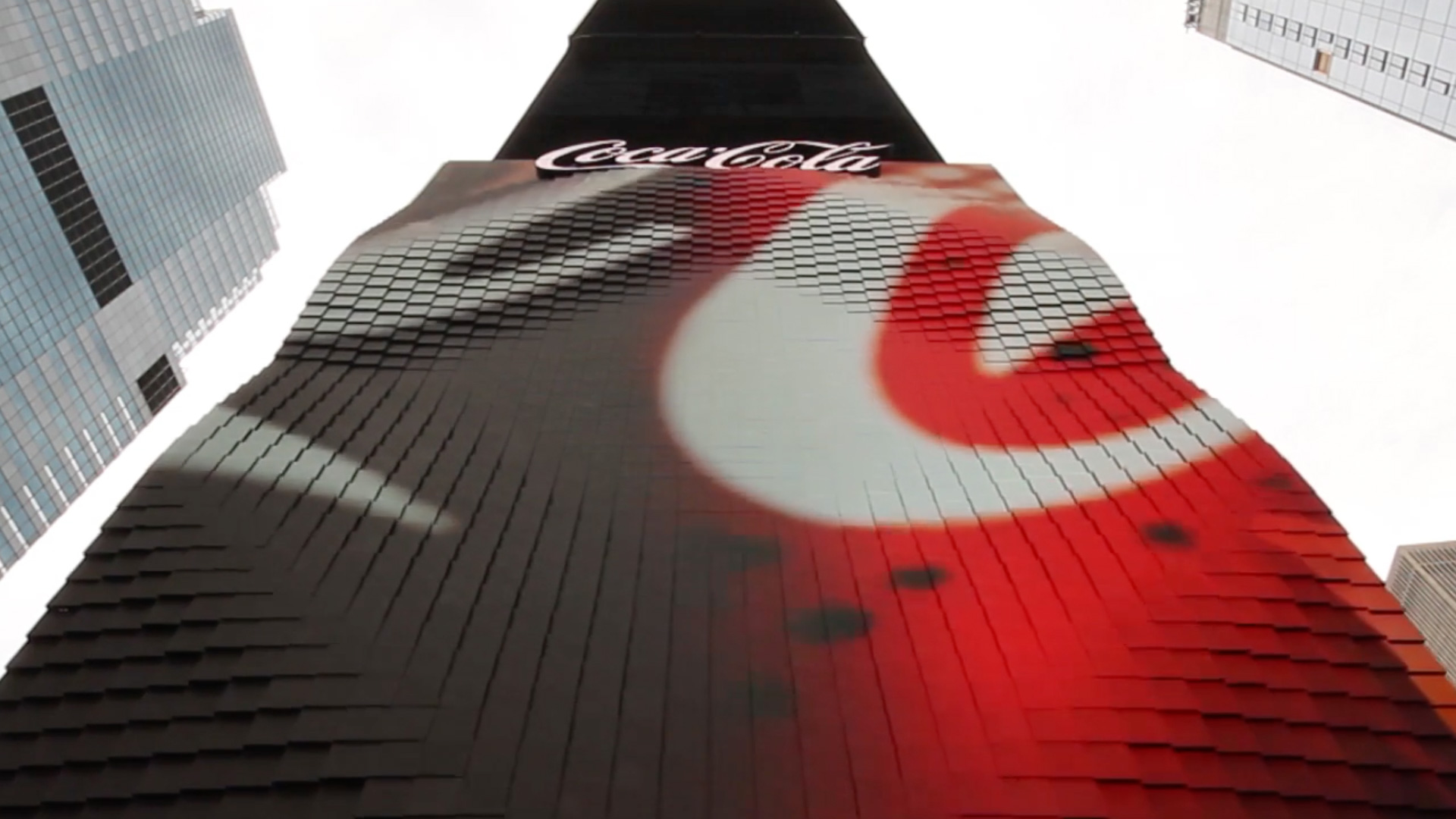 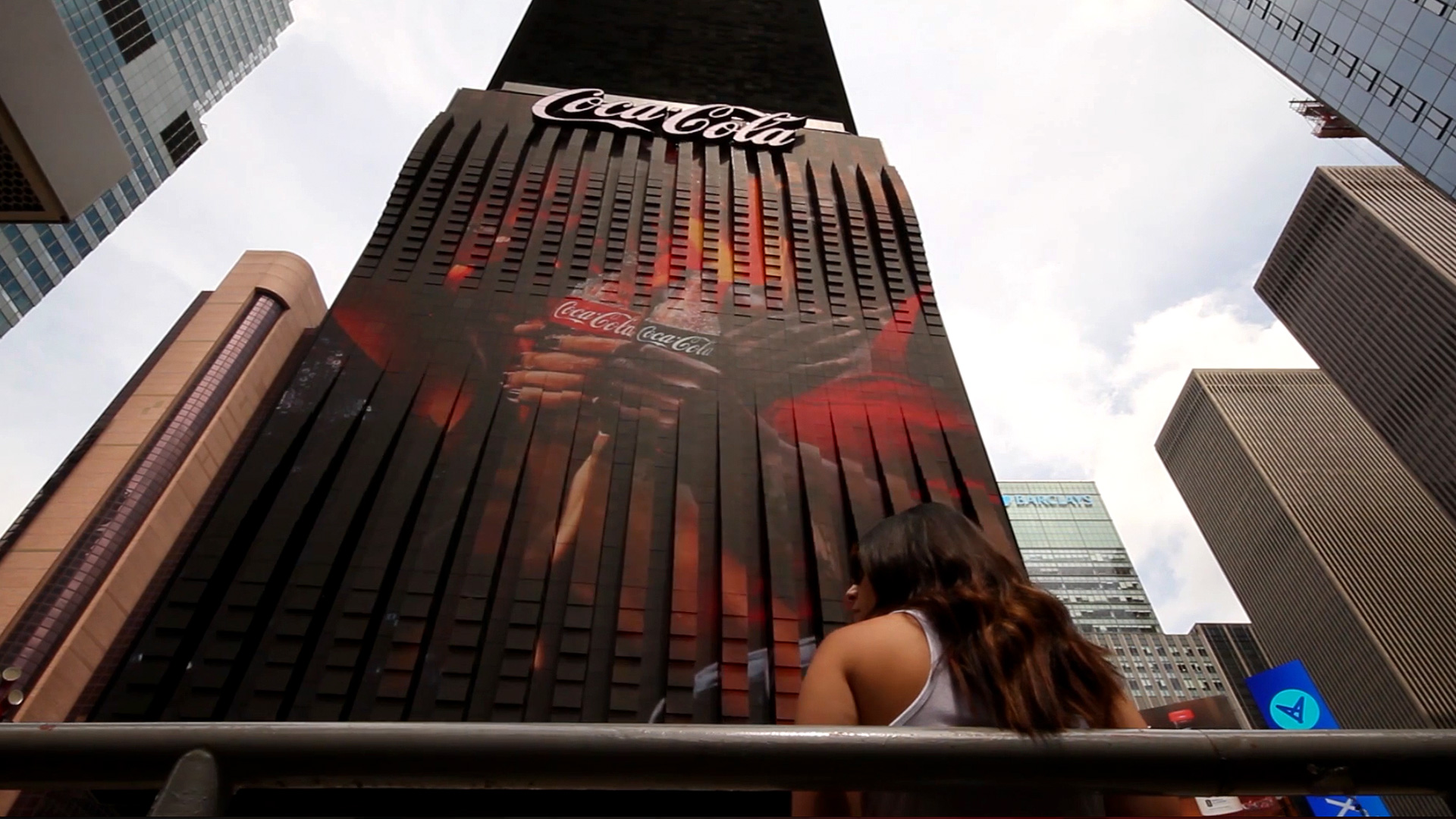 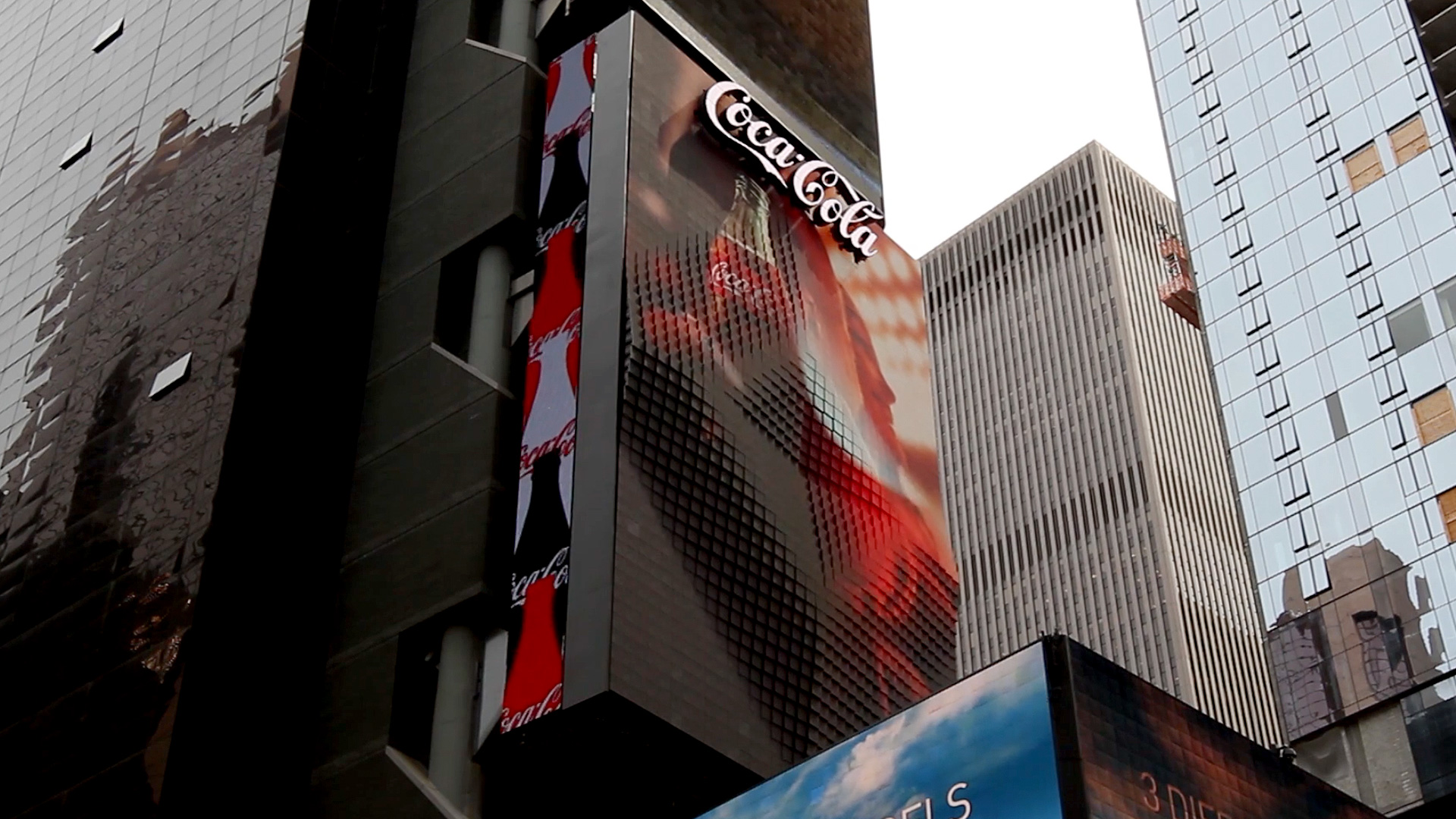 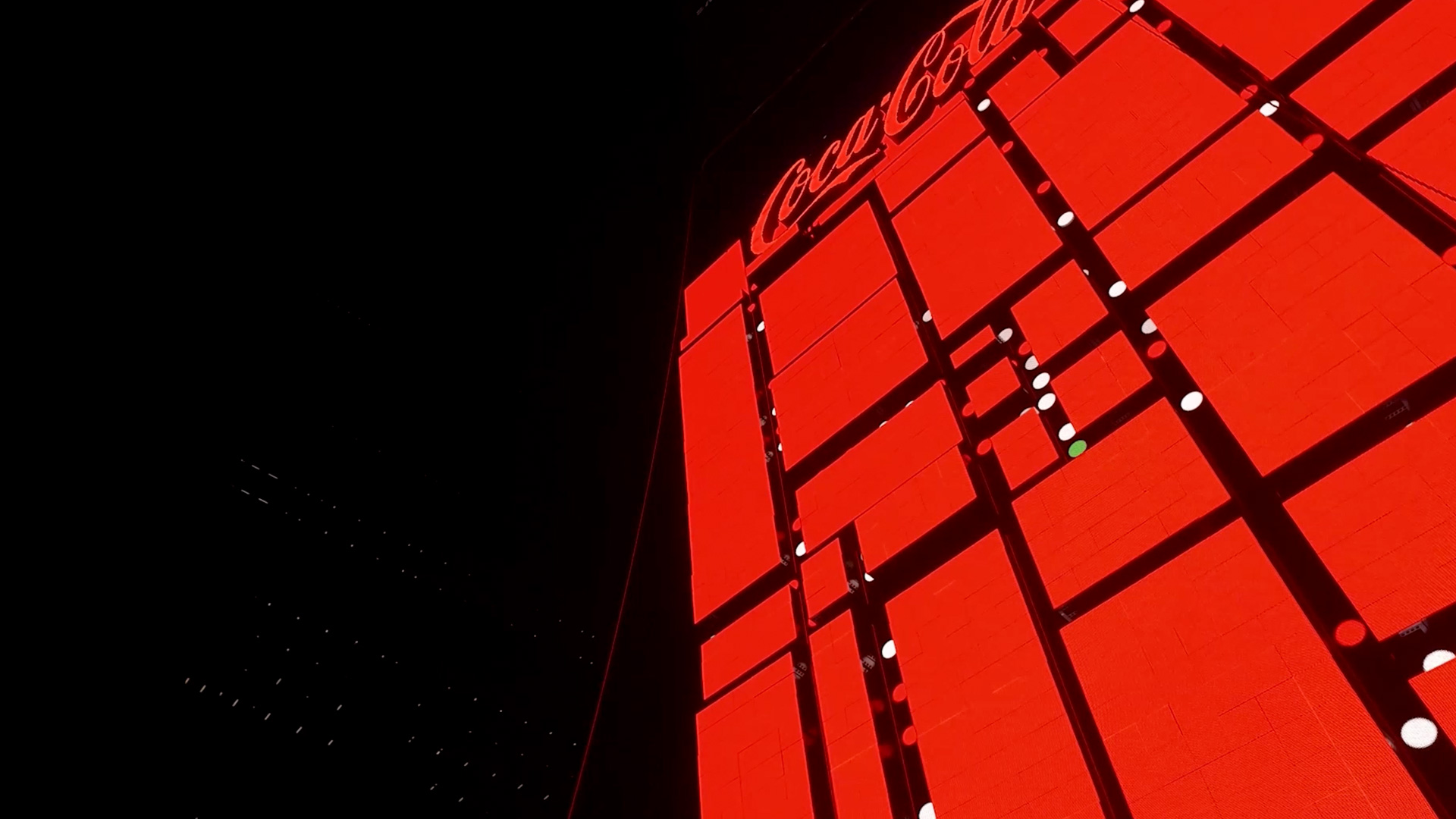 At launch, the Coca-Cola sign has multiple patents and 2 Guinness World Records to it's credit.